Decisions have been made about the use of the top part of the garden which has been
hiding under weed-suppressant for about 9 months!  First of all we experimented with the bench to see if placing it against the west-facing fence would suit...it does as it catches the sun for most of the day. Second decision...put raised bed in middle and planted up with veg that will more of less look after themselves and won't mind when it's back in full shade. (Pic taken sitting on bench). And third, we've sunk two posts (pic of one of them below) to take wires for the apple cordon.
Meanwhile the rest of the garden is changing every day. The joy of growing perennials is seeing old favourites rise up every year. Sadly some of these are reaching the end of their days so will have to do some replacing this autumn...which will be great fun as I'll probably do some major reshaping of the beds. 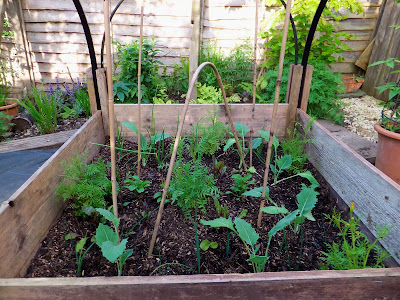 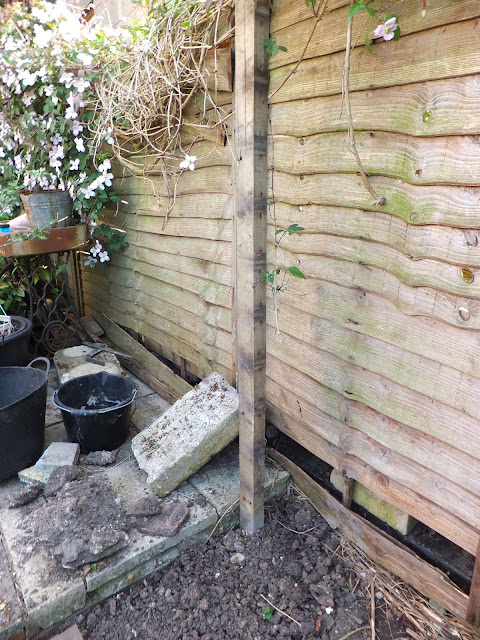 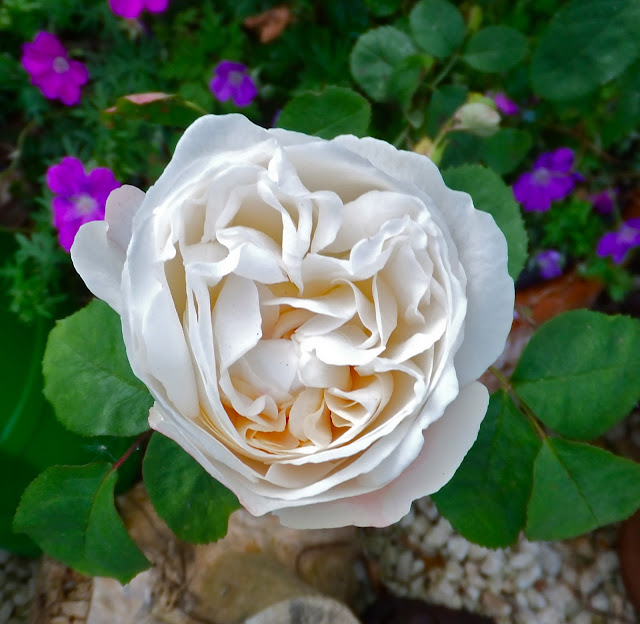 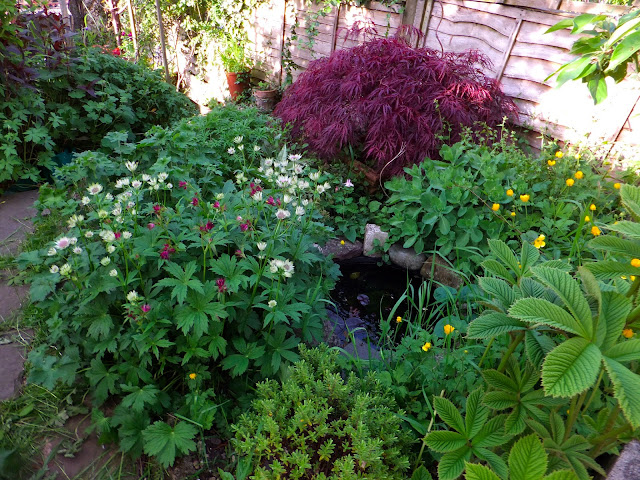 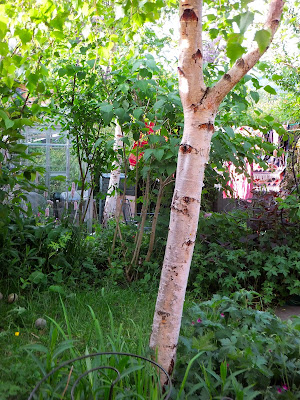 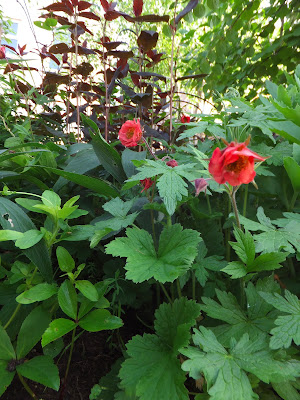 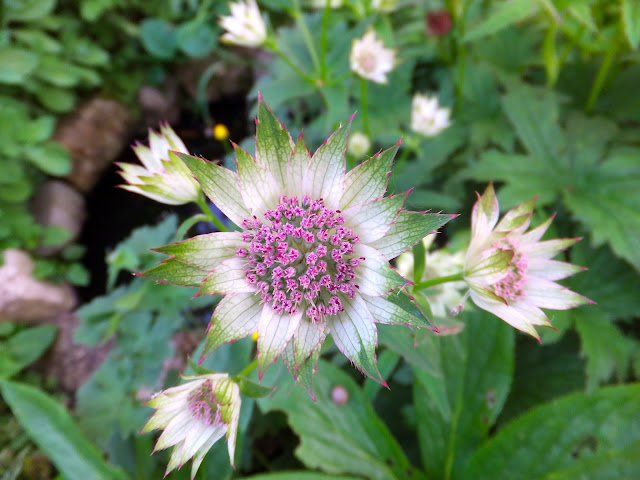